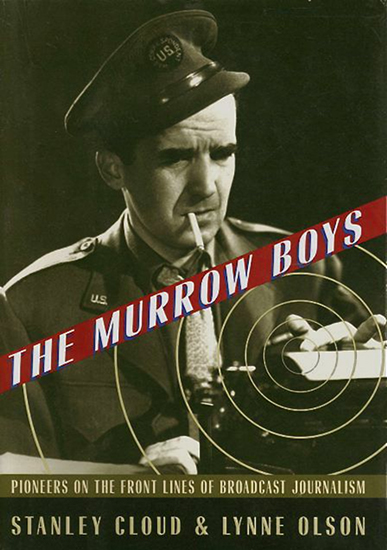 Pioneers in the Front Lines of Broadcast Journalism

The Murrow Boys tells the story of the legendary band of correspondents who, under Edward R. Murrow’s direction, formed CBS’s pioneering World War II news team and, in doing so, invented modern broadcast journalism. All in their twenties and thirties, Murrow and the Boys (who included William L. Shirer, Eric Sevareid, and Howard K. Smith) covered and brought to vivid life the war’s great events, from the German invasion of Poland to D-Day and the Battle of the Bulge. Young idealists, they believed they were here to change the world.

But their triumphant early careers, which made them celebrities in America, would eventually come to grief in the fickle world of broadcasting. The increasing desire for entertainment, McCarthyism, the rise of corporate sponsorship, and ultimately the birth of television all conspired to taint the tradition of serious journalism as the Boys had known it.

A dramatic, exhilarating narrative that portrays exceptional lives against the tumultuous backdrop of the last half century, The Murrow Boys is both a powerful reminder of the possibilities of broadcast journalism and a sharp-eyed account of where the craft went wrong.

“A lively, colloquial history of broadcast journalism that is so exciting one’s impulse is to read it in a single sitting.”
—Publishers Weekly (starred review)

“One of the most fascinating and important accounts of broadcast journalism I have read.”
—Jeff Greenfield, Time

“A greater appreciation of the glories of broadcasting can be gained by reading [this] book than by observing the reporting and interviewing styles of… current news personalities.”
—New York Times

“Consistently fascinating, The Murrow Boys is essential reading for anyone interested in broadcast journalism… Stanley Cloud and Lynne Olson give us a splendid sense of the professional heritage that broadcast journalists might someday reclaim.”
—Dallas Morning News